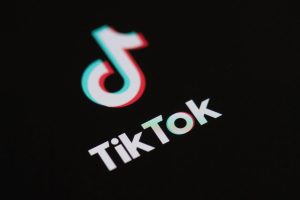 A US federal judge has temporarily halted the Trump administration’s ban on short-form video app TikTok.

The app, owned and operated by Chinese firm ByteDance, had been ordered to divest its operations by Trump, amid fears over where the data was housed and influence of the Chinese government in the service’s operation.

Microsoft was initially in the running to purchase the business, but ByteDance rejected its offer and instead opted to sell up to Oracle, the cloud company run by Trump-supporting Larry Ellison. Trump had tentatively approved a deal, but questions still remain over whether ByteDance would relinquish control to Oracle, and whether China would approve such a transaction.

With no deal in place however, the app was set to be banned on September 27, but Judge Carl Nichols of the US District Court for the District of Columbia, temporarily halted this hours before the ban was to be implemented.

This came several days after TikTok filed an injunction over the ban, arguing that the reasons were unfounded and that the ban is a violation of First Amendment rights to free speech. The government has argued that the First Amendment claims do not apply as the app is considered a threat to national security.

Responding to the temporary stay of execution, a statement from TikTok said: “We’re pleased that the court agreed with our legal arguments and issued an injunction preventing the implementation of the TikTok app ban. We will continue defending our rights for the benefit of our community and employees. At the same time, we will also maintain our ongoing dialogue with the government to turn our proposal, which the President gave his preliminary approval to last weekend, into an agreement.”

This is a pause rather than a reversal of the ban, with the controversy set to be embroiled in further legal proceedings in the coming months.