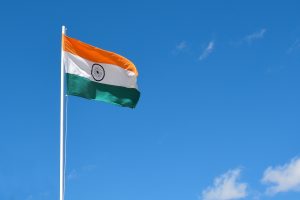 New stats from GlobalData show that Indian pay TV revenues will see a ‘lethargic’ growth over the coming years as OTT platforms continue to grow.

While the country has a number of local streaming services, India, with its high population, is increasingly becoming a battleground for western players, with the likes of Disney and Netflix heavily investing in cut-price plans and mobile-oriented viewing.

The research firm estimates that revenues from the country’s pay TV industry will see a CAGR of 0.7% from US$3.1 billion in 2020 to US$3.30 billion in 2025. It also said that pay TV services revenues will decline by 0.6% year-on-year in 2020 due to pandemic-caused cord cutting, but that adoption of IPTV and DTH subscriptions will help to support growth.

Operators in the country, the firm said, have also been focusing on offering OTT content as a bundled service with pay TV plans in an effort to drive subscriptions – a trend of content aggregation that has also been evident in more established western markets.

Deepa Dhingra, telecom analyst at GlobalData, said: “Cable will be the leading pay TV technology in India throughout the forecast period, followed by DTH. IPTV subscriptions will grow at the fastest CAGR of 19.4% during 2020-2025, supported by increasing fixed broadband penetration in the country which supports delivery of IPTV services.”

One major difference between India and western markets though is the fact that the market is highly fragmented. More than 50% of the country’s total pay TV subscriptions are held by several smaller players in 2020.

Dhingra added: “Dish TV will lead the pay-TV market in India during 2020-2025, supported by its outstanding reach in the DTH segment and strong focus on expansion of pay TV services portfolio with higher quality localized content. For example, it recently added six new HD channels to its DTH platform targeting users from the Southern region.”