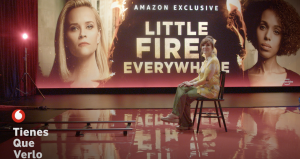 Vodafone España is launching a new editorially led online recommendation service for movies and series on its TV offering, featuring well known personalities and their recommendations.

Vodafone said the move was intended to help its users discover the movies and series available that best met their requirements.

The offering, Tienes Que Verlo (You have to watch this) features well-known figures from the world of movies and culture talking about the TV series and movies that made the biggest impression on them.

Vodafone said that contributors to the service would be free to recommend whatever content they like, enabling them to act “more like avid spectators than professionals, speaking with passion and naturalness about the titles that have captivated them”.

Tienes Que Verlo will also feature short audiovisual recommendations, based on parameters such titles that have been successful in relation to similar themes, titles that trend on social networks and titles that achieve high scores on sites such as IMDB and Filmffinity.

“We want to provide viewers with a new way of deciding which content best matches their tastes. Therefore Vodafone TV, as a major aggregator of movies and series, will recommend new titles to users thanks to the experience and recommendations of of well-known personalities whose opinion they can trust. The aim is to open up a new world of possibilities so that viewers will not always end up watching the same stuff and can discover the best cult gems on each platform,” said Ignacio García-Legaz, director of Vodafone TV.