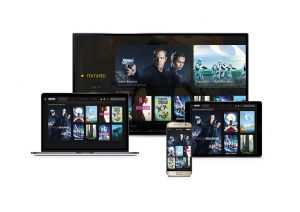 TV technology outfit Kudelski, owners of the Nagra brand, saw its revenues drop dramatically in the first half of the year, from US$400.6 million in 2019 to US$320.1 million. OIBDA also fell sharply, from US$15.5 million to US$4.9 million.

Digital TV revenues decreased by 18.8% to US$154.7 million, representing a constant currency decline of 17.5%. This was driven by a strong reduction of discretionary short-term spending by operators. The company said that recurring revenues, particularly in advanced pay TV markets, were resilient. The digital TV segment generated US$36.9 million of operating income before depreciation and amortisation, representing a US$3 million reduction from the previous first half.

Kudelski noted that a number of pay TV players lowered their paywalls for several months to compete with an increase in streaming activities.

The company’s top line was also hit by the fact that many projects scheduled for this year were either delayed or cancelled, and it said that a number of customers had sought reprieve from monthly support and maintenance payment obligations in order to reduce their operating expenses.

The digital TV business was also negatively impacted by the closure of retail markets, particularly in Italy. Key markets in Asia-Pacific and the Americas continue to remain closed and under lockdown restrictions, resulting in continued pressure on digital TV revenues in these regions, it said.

On the positive side, Nagra and Vodafone agreed the outline of a long-term deal to develop Vodafone TV, including in central and eastern Europe, where the operator acquired assets from Liberty Global. Altice USA has also extended its agreement with Nagra for content security, while other new deals include Colombia’s Claro and a deal with Singapore’s StarHub to launch the OpenTV Video Player, player and service platform for its StarHub TV+ offering and to converge its IPTV and OTT systems.

Digital TV revenues are expected to recover somewhat in the second half, the company said.

Kudelski also saw decreases in revenue for its cybersecurity and – especially – its public access business.