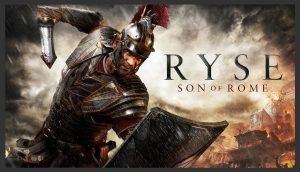 Leading Israeli telco Partner TV has announced that it has partnered with Blacknut to launch a cloud gaming service via its set-top box.

The service, dubbed Partner TV Gaming Powered by Blacknut, offers customers access to more than 400 games at launch with a growing library of premium PC and console games every month.

Blacknut is a leading cloud gaming provider and has worked with a number of other European operators on products such as TIM’s TimGames in Italy and with Swisscom in Switzerland.

Partner TV customers will be able to sign up for the service via their set-top box for a monthly fee of NIS29 (€7.50). Players can either use game controllers from other popular games consoles or buy a controller from Partner itself.

Games offered by the service include Ryse: Son of Rome, Sherlock Holmes: The Devil’s Daughter and WRC 7.

Liran Dan, VP strategy and business development at Partner Communications, said: “The Super-Aggregator approach that Partner was the first to introduce in the Israeli market has led Partner TV to being the fastest growing television service in Israel for the past three years.

“This launch of the Partner TV Gaming service powered by Blacknut on Partner’s STB is part of the Super-Aggregator strategy we have chosen. In recent months, we have launched bundle offers with Netflix for our TV customers, added a simple access to Spotify following the increasing use of music services on TVs – and now we are excited to add a gaming service.”

Olivier Avaro, CEO of Blacknut, said: “With 2.7 billion people playing games, gaming is one of the most popular forms of online entertainment meaning there’s a huge opportunity for telecommunications companies to launch their own gaming services built specifically for a family-orientated audience.

“We’ve worked with Partner TV over the past year to create a service that offers the right mixture of performance, user experience and a catalogue of more than 400 quality games, and we’re excited to see it launch.”