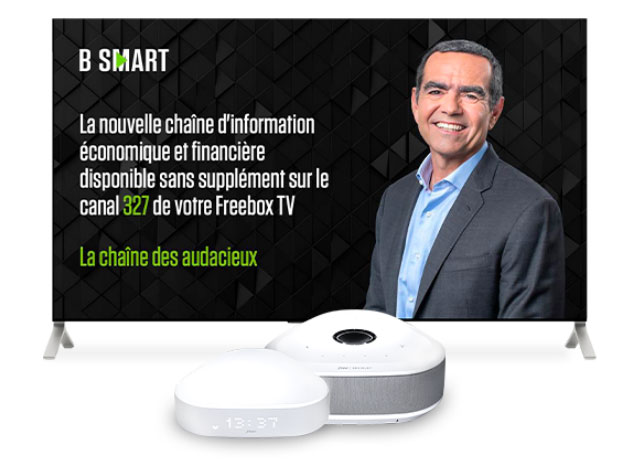 B Smart, a channel dedicated to entrepreneurship, the economy and finance, will launch ahead of anywhere else on the Freebox platform.

Kretínský’s French company CMI France owns the service, which will take “a pro-business editorial line” that will be “inspirational [and] sympathetic in putting first the creation by businesses of economic, social and environmental value”, according to the channel’s backers.

B Smart will offer programming including a daily morning programme, Smart Up, featuring discussion with business leaders, a daily show about business technology, Smart Tech, a daily show featuring entrepreneurs presented by Soumier himself, Be Smart, and other shows dedicated to employment – Smart Job – and social responsibility – Smart Impact.

The channel is also offering ‘pre-play’ programming that is available on-demand ahead of its broadcast.

“More than ever, B Smart finds a raison d’être in the crucial mobilisation of all economic actors. It’s a time when every had to ask themselves what they can do for the country, and we will be the crucible of this energy,” said Soumier.