Gangs of London a hit for Sky with 2.23 million viewers 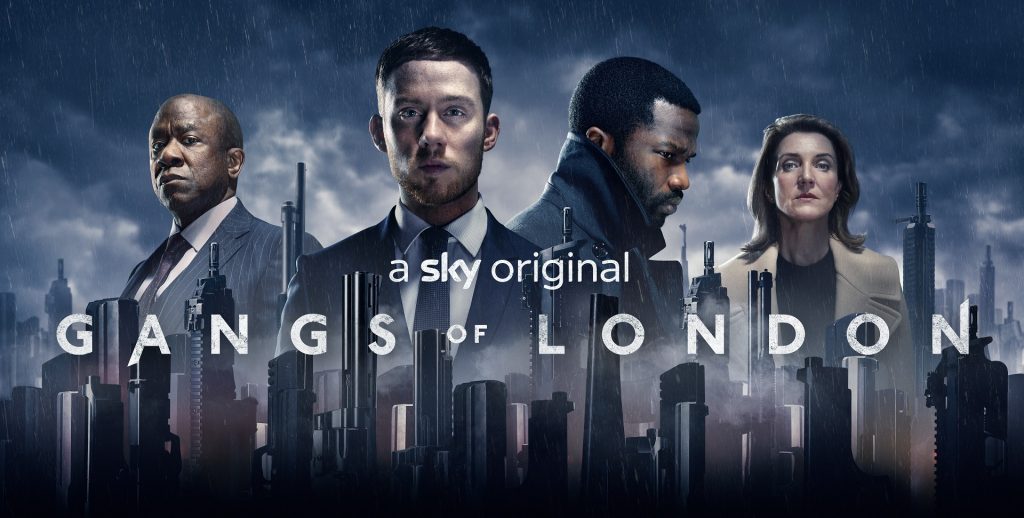 Sky Atlantic’s latest drama Gangs of London has proved a hit with audiences to become the broadcaster’s second biggest original drama launch ever.

The broadcaster said that the show saw a 7 day cumulative audience of 2.23 million viewers for the opening episode with a total of over 16.6 million downloads across the series so far.

Gangs of London is also Sky’s most binged show of the year with 997,000 viewers watching the ninth and final episode of the series within two weeks – increasing to 1.26 million as the series approaches into its third full week of availability.

The crime drama has proved a success with audiences and critics alike. The broadcaster will hope that it can replicate the success of other Sky Atlantic originals such as Save Me Too, Britannia and HBO co-production Chernobyl – Sky Atlantic’s most watched original drama ever with the final episode achieving an audience of over 4 million.

The success of Gangs of London will serve as further vindication for Sky Studios’ heavy financial investment in recent times, with the outfit spending big on cinematic series to rival the likes of HBO and Netflix from a British perspective.

Director of drama and Sky Studios, Cameron Roach said: “We are delighted by the response to Gangs of London and to have brought Gareth Evans’ unique cinematic vision to the small screen for the first time.

“This epic saga, with family at its heart and visceral action-packed fight sequences has taken audiences on an immersive journey into the underbelly of London’s modern-day criminal underworld. The record-breaking results are testament to Sky’s ongoing commitment to innovation and championing the very best of bold, British drama.”

Gangs of London is produced by Pulse Films in association with Sister with all episodes available to watch on Sky and NOW TV now.