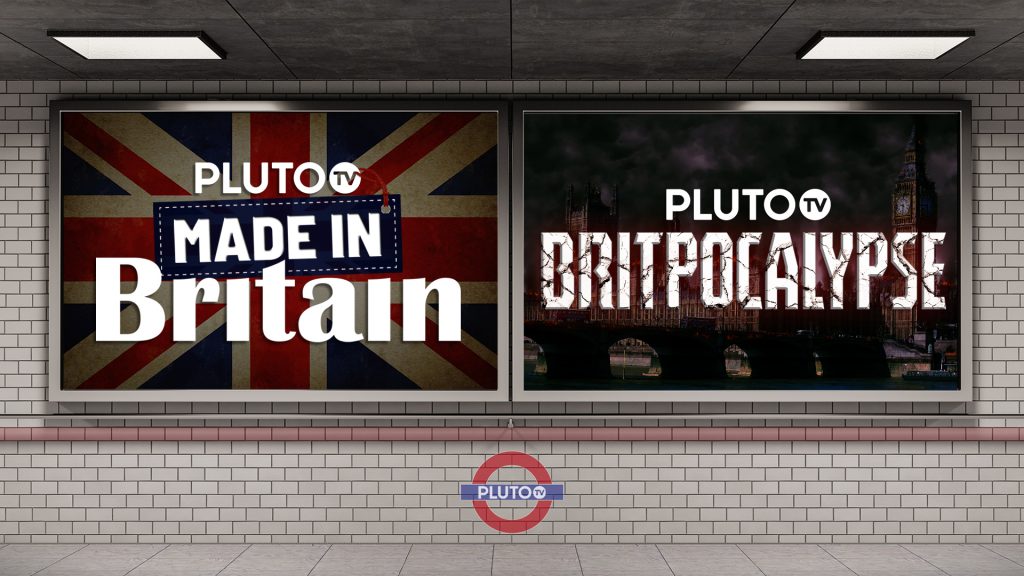 The first, Pluto TV Made in Britain, will be a 24/7 channel which will showcase a range of TV series and films which are centred around British popular celebrities, athletes and criminals.

Titles on the channel include Harry & Meghan: A Royal Wedding, teen series Skis and biographical crime drama Bronson. The channel will also showcase documentaries, including Freddie Mercury: The King of Queen and Manchester United: We Are United.

Oliver Jollet, managing director Europe at Pluto TV said: “In the midst of turbulent times, we at Pluto TV want to create a safe haven for British highlights that show the country and its people in all their facets. Pluto TV Made in Britain celebrates the incomparable British humour, traditional institutions and big stars of the entertainment industry.”

The second channel is a pop-up called Pluto TV Brit-pocalypse which, as the title would suggest, will broadcast disaster movies and series based in the UK. These include mini series Flood, 1962 classic Day Of The Triffids and apocalyptic disaster series Ice.