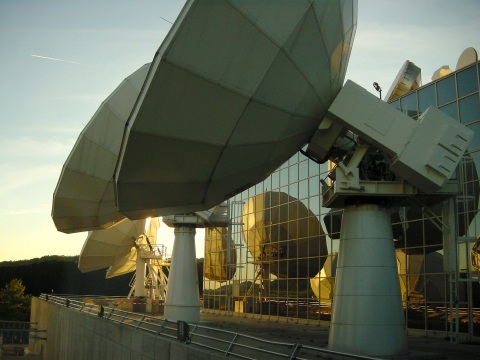 The US FCC has unveiled plans to hold a public auction of the C-band spectrum currently used by satellite operators in a move that attracted immediate criticism from the C-band Alliance (CBA), the group comprising satellite players Intelsat, SES and Telesat that had lobbied for a private sale of spectrum.

FCC chairman Ajit Pai said that the agency would auction 280MHz of the C-band and preserve 200MHz that will continue to be used for TV programming.

C-band spectrum is expected to play an important role in stimulating the rollout of 5G across the US as it offers wide geographic coverage and the ability. Tt deliver large amounts of data.

The C-Band Alliance had lobbied hard for for what its members described as a market-led approach that would have involved a direct sale to wireless carriers, which would have given the operators a much-needed cash windfall. Pai had previously been seen as sympathetic to this approach, but US politicians have piled on pressure for a public auction. Two Republican senators have introduced a bill requiring the FCC to conduct a public auction.

The C-Band Alliance immediately criticised the proposal, arguing that a public auction would mean a modification of the rights granted to its members under their existing licences.

“The FCC Chairman’s indication that he intends to pursue a public auction of C-band spectrum is a significant departure from the CBA’s market-based proposal. The announcement does not address the critical involvement of the incumbent satellite operators in executing the complex task of reconfiguring and transitioning their networks. Nor does the announcement address the fundamental modification of the rights afforded by the existing FCC licenses held by the CBA members which would be required under a public auction approach,” the alliance said.

“To ensure US national security interests, U.S. leadership in 5G innovation and the expected accompanying GDP and job growth, the full cooperation of the satellite operators will be required to ensure the successful clearing of the C-band while protecting the incumbent broadcast services enjoyed by millions of U.S. households. “We will continue to work cooperatively with the FCC to develop an effective alternative plan and achieve the best outcome for the American public while protecting the interests of our users and the rights of our companies.”

Eutelsat, which recently abandoned the C-Band Alliance over a number of differences with other members, on the other hand said it “welcomes the decision of the FCC laying out a framework for the public auction of a portion of C-band spectrum between 3.7-4.2 GHz, which it regards as an important first step in expediting rapidly and equitably the clearance of C band frequencies for mobile 5G services”.

The operator, which holds a smaller amount of C-band spectrum than the C-Band Alliance trio, said that it “looks forward to engaging with the FCC in a fruitful and positive dialogue aimed at shaping an equitable and efficient process to facilitate the expedition of the auction and subsequent clearing of the frequencies, so that 5G can be rolled out in a timely manner throughout the CONUS”.

Analysts at Jefferies foresee trouble ahead for the auction plan as C-Band Alliance members are likely to resist its progress.

“What he’s now engineered is a Gordian knot: a public auction that has political and legal legitimacy but a roadmap of relentless disruption by the CBA to stop this administrative re-allocation of the band; and a private auction that has shakier legitimacy but the benefit of expediency through the full cooperation of the existing licensees. We still see room for a fudged middle-ground but, inevitably, timing is going to be pushed out,” the Jefferies analysts said.