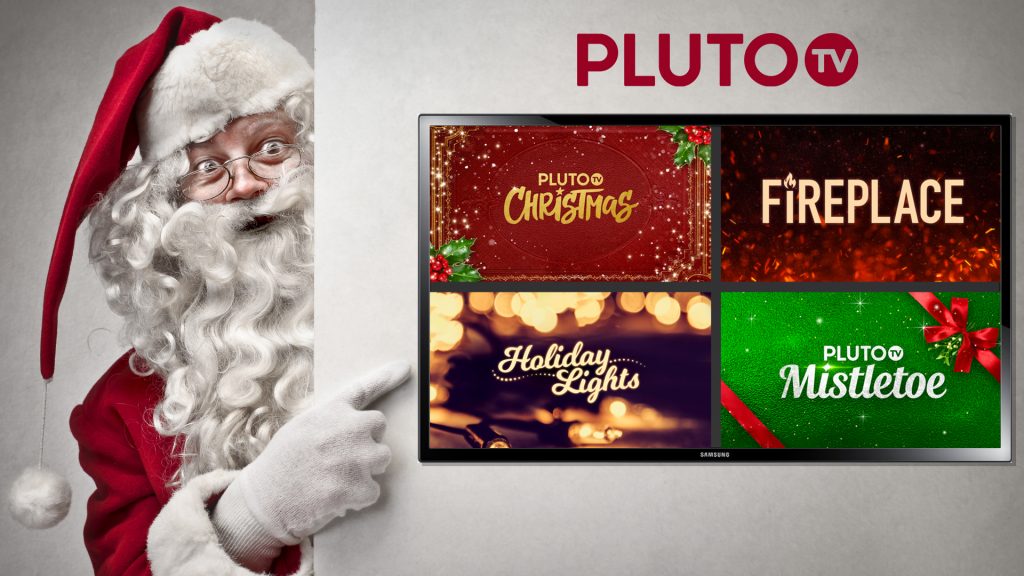 Pluto TV Christmas features family-friendly movies and specials such as Scrooge, Cat in the Hat and Christmas In Wonderland. Meanwhile, Pluto TV Mistletoe will show romance and drama movies with a Christmas theme such as Girlfriends of Christmas Past and Christmas in Boston.

The other two channels, Fireplace and Holiday Lights do as their titles suggest. The former is a 24-hour stream of a fireplace while the latter will display Christmas lights and decorations.

While undoubtedly lower in scope than channels that have been launched on the service since its US$340 million acquisition in January, the announcement is a testament to the focus Viacom is giving Pluto.

Speaking during the company’s most recent earnings call, CEO Bob Bakish pointed this out, saying that “In Q4 alone, Pluto launched 43 new channels and last month, Pluto Latino added 11 new channels given the platform of total 22 channels with over 4,000 hours of Spanish and Portuguese language programming.”

Tim Westcott, research director of channels and programming at IHS Markit commented on the progress of Pluto, saying: “At a time when other media giants are pulling their content from third party SVoD services to support their DTC offerings, Viacom is taking a different tack, and the improved results for Viacom’s filmed entertainment division vindicate this approach.”