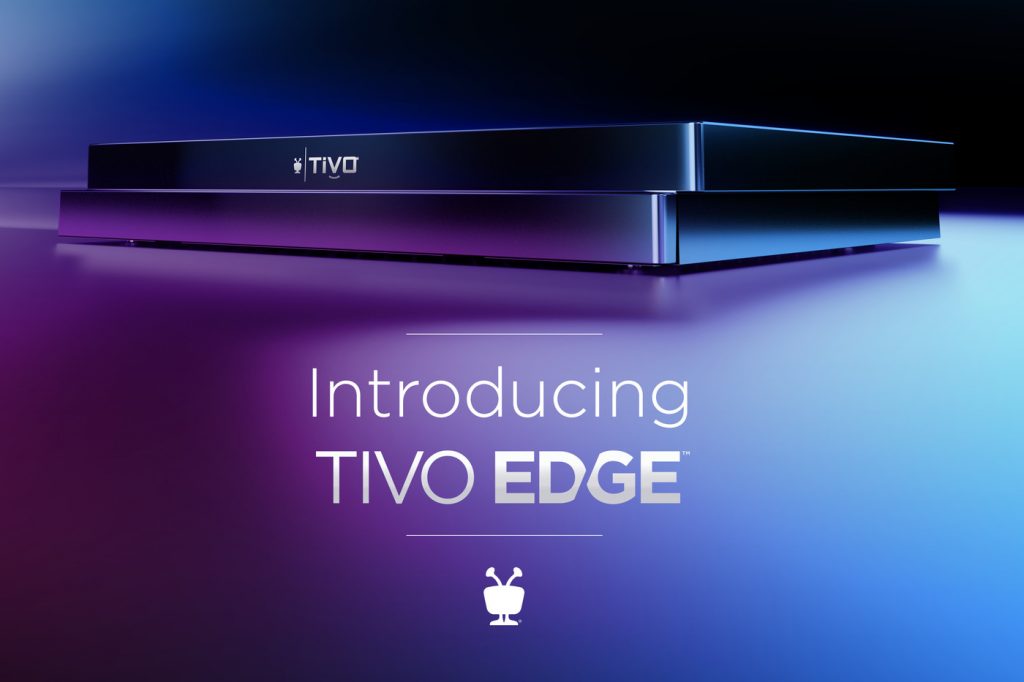 TiVo has announced the launch of its Edge DVR and TiVo+ live streaming service.

The announcement of Edge confirms an earlier leak from Zatz Not Funny.

As per the leak, TiVo Edge includes support for Dolby Vision and Dolby Atmos standards, which will be to the benefit of subscribers to services like Netflix.

The set-top box comes complete with expected TiVo features such as SkipMode, OneSearch and OnePass.

Launching shortly after the DVR is TiVo+, a service the company says “should be paired” with TiVo Edge.

TiVo+ is the company’s attempt to break into the live streaming space, with the offer of “thousands of movies and TV shows” in an app-free environment for TiVo customers.

The service is being launched in partnership with XUMO, Jukin Media and other publishers to launch channels like TMZ, Outside TV+, Unsolved Mysteries and Hell’s Kitchen | Kitchen Nightmares. TiVo has promised that additional channels will be launched in the future from publishers including Gannett, Loop Media, Revry, Newsy, Tastemade, Latido Music and Mobcrush.

The announcements follows recent news that TiVo has quietly started to introduce pre-roll advertising to DVR recordings – a move sure to frustrate viewers who take advantage of the premium-priced DVR in order to avoid ads.