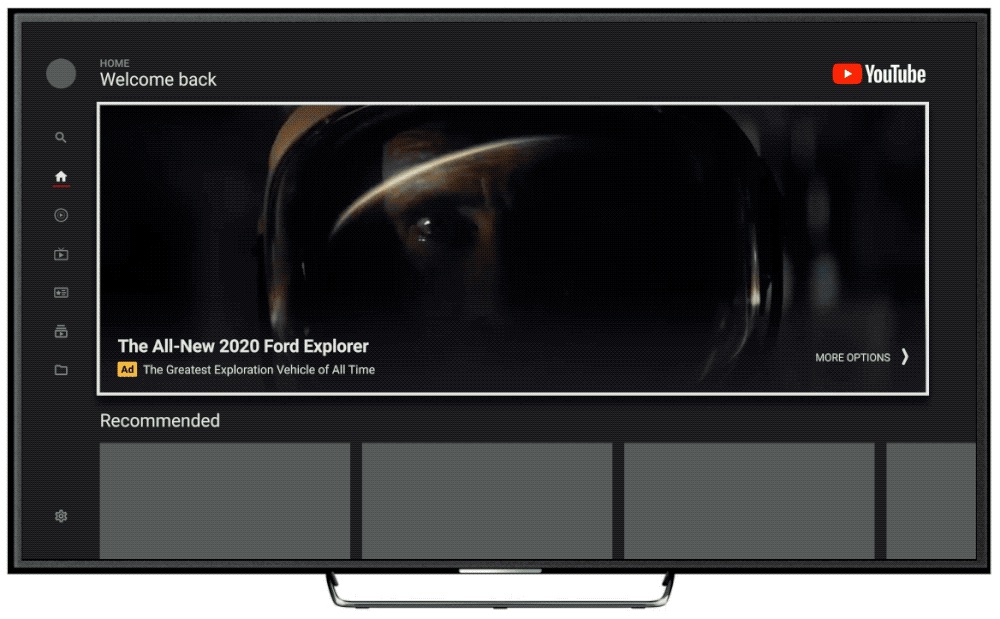 Google says that its machine learning will then provide the most efficient combination of those formats to reach the target audience at scale.

From there, Google’s machine learning will automatically serve the most efficient combination of these formats to help you reach your audience at scale.

In a blog post, Youtube’s product management VP noted that there have been several early adopters, including carmaker Ford which says it has lowered its campaign cost by over 20%.

Lisa Schoder, head of U.S. media at Ford said: “Ford is using data and machine learning technology, like Video reach campaigns, to drive a learning culture across all of our media. The positive results of the Video reach campaign not only provided cost efficiencies while maintaining effectiveness but also the confidence to implement this tactic across additional campaigns.”

YouTube has also announced that it is bringing its TrueView For Action format to YouTube home feeds. These types of ads feature a prominent call-to-action via text overlay or on video end screens, such as an embedded web link.

TrueView For Action ads can only run as skippable in-stream ads, and were not previously available on the Home feed.

Lastly, YouTube has announced that it is launching Masthead advertising, its most prominent ad format, to smart TVs.