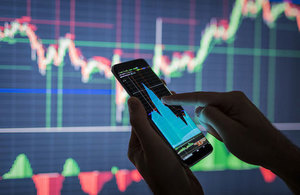 The company said that the decision is in an effort to help marketers avoid advertising in environments that don’t fit their image.

The OpenSlate platform is designed to provide analytics on the nature and quality of the videos on YouTube and Facebook. It provides customers with an assessment of the content subject matter along with a custom rating that advertisers can use to determine if the video or channel is suitable for its brand.

OpenSlate says that it has measured and scored more than 600 million ad-supported videos with its clients including Omnicom, Procter & Gamble, and Unilever.

While the terms of the deal are undisclosed, the Wall Street Journal reports that it is more than US$100 million.

The arrangement will see Nielsen offer OpenSlate Data to its Digital Ad Ratings product customers as an add-on purchase. The company says that it aims to fully integrate the data into its product.

Megan Clarken, chief commercial officer for Nielsen’s global media business, said: “Nielsen’s job is to make sure advertisers know they got what they paid for, that the ad was actually seen by the right people the right amount of times and that it was in a safe environment.”

The implementation of technologies such as this should help prevent another event like 2017’s so-called ‘Ad-pocalypse’.

In Spring 2017, major advertisers first began pulling their ads from YouTube after it was revealed that they were being housed next to extremist content that was promoting terrorism and hate speech.

A similar initiative, called Sleeping Giants, encourages viewers to contact companies whose advertising appears next to extreme alt-right content both online and in broadcast. Since launching in November 2016, the organisation’s Twitter account has amassed almost 250,000 followers and famously was endorsed by actor Don Cheadle when he was hosting Saturday Night Live.