CommScope has eliminated ex-Arris chief executive Bruce McClelland’s COO role within the company and passed his responsibilities on to CommScope CEO Eddie Edwards and other members of its management team. 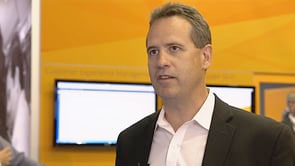 The decision to let McClelland go comes only four months after CommScope acquired Arris for US$7.4 billion.

In a short statement, CommScope said that it had eliminated the chief operating officer position and will split responsibilities of the role among other members of the executive team. It said that as a result of this decision, McClelland is no longer with the company.

“In his leadership role, Bruce has made numerous contributions to ARRIS through the years,” said Eddie Edwards, president and chief executive officer, CommScope. “Looking ahead, the new CommScope is well positioned and ready to shape the future of communications connectivity. We remain confident in the long-term growth potential for CommScope and our ability to help solve our customers’ networking and connectivity challenges better than ever before.”

McClelland’s departure comes after CommScope last week posted a Q2 12% decline in like-for-like net sales to US$2.61 billion. The company posted a net loss of US$334 million, down from a profit of US$65.9 million for the prior year.

Speaking on the company’s earnings call, Edwards wished McClelland well “with his future endeavours” and said: “This decision to flatten our leadership structure expands accountability, which we’ve been striving to do in virtually every part of our company as part of our transformation.”

Edwards said he was “taking a more active day-to-day operational role in leading our company through these challenging times”.

On the Q2 earnings call, CFO Alex Pease said that the decline in revenues was “primarily the result of significantly reduced cable operators spending, which we and others in the industry have been experiencing throughout the course of the year”.

The figures included Arris revenues of UIS$1.37 billion from the date of the acquisition. Customer premises proforma net sales were down 9% to US$913 million, partly blamed on a shift of production out of China to avoid President Donald Trump’s trade tariffs. Arris has already moved the production of some products to the Philippines, Vietnam and Indonesia.

Speaking on the earnings call, Edwards said that the Arris business’s prospectes for the year were “more challenging than we expected” thanks to reduced capital expenditure and cable operators’ shifting priorities.

Edwards said that CommScope was “working with a renewed sense of urgency to execute our strategic plan and achieve our short-term and long-term goals” for the Arris business.

He said that the business was positioned to lead the transformation of cable operators’ core networks as they evolve to a distributed access architecture.

Questioned in more detail about the shift to distributed access architecture, where Arris is facing competition from the likes of the CableOS product line launched by Harmonic last year, chief technology officer Morgan Kurk said that CommScope’s experience and market position would be critical in enabling cable operators to make the transition and that the company expects “to play both in the headend and the remote side and…to win in both”.