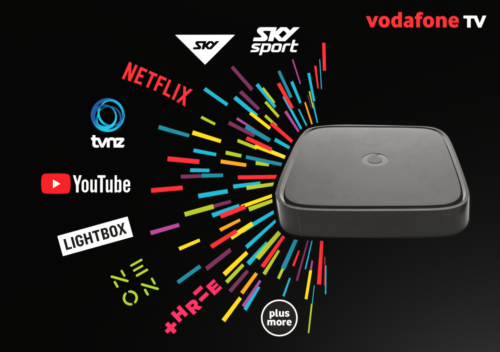 Vodafone NZ has announced the launch of a new OTT set top box.

The plug and play Vodafone TV, which goes on sale in September for NZ$179 (€106), will be pre-loaded with a range of apps including TVNZOnDemand, ThreeNow, Sky, Sky Sport, Netflix and YouTube. The company promises that soon after launch this will be expanded to include NEON, Lightbox, Amazon Prime Video and PlayStuff.

Users will be able to manage subscriptions through the Vodafone TV portal using their credit card.

However, notable in its absence on this list is Spark Sport. The network is the exclusive New Zealand rights holder to numerous high profile sports, including the English Premier League, the NBA and Formula 1. It also holds the rights to matches in the upcoming Rugby World Cup.

Despite its branding, users do not have to be Vodafone broadband customers to purchase the device, which will be available across retailers in New Zealand.

Carolyn Luey, Vodafone NZ consumer director said: “We’re confident Kiwis will love the new version of Vodafone TV and it represents a real step-up in terms of capability and experience. The standalone Vodafone TV will offer Kiwi consumers an effortless way to access the best content available locally and internationally, with an interface carefully curated for local viewers and your favourite apps and channels are in one place.”

The unit itself is 4K capable, and has a cloud DVR that can hold up to 500 hours of video.

Luey continued: “We will continue to look at ways to further enhance Vodafone TV alongside our overall customer service experience, which is a major focus area for the business.”

The news comes several months after Vodafone sold its New Zealand business for NZ$3.4 billion (€2.02) to a consortium of infrastructure investors. This follows an attempt to sell the business to Sky Network Television in 2017 which failed to get regulatory approval.