European films in transactional video-on-demand catalogues suffer from less promotion per film than US titles, the concentration of promotion around a limited number of titles and a focus on promotion in their home country rather than internationally, according to a report by the European Audiovisual Observatory. 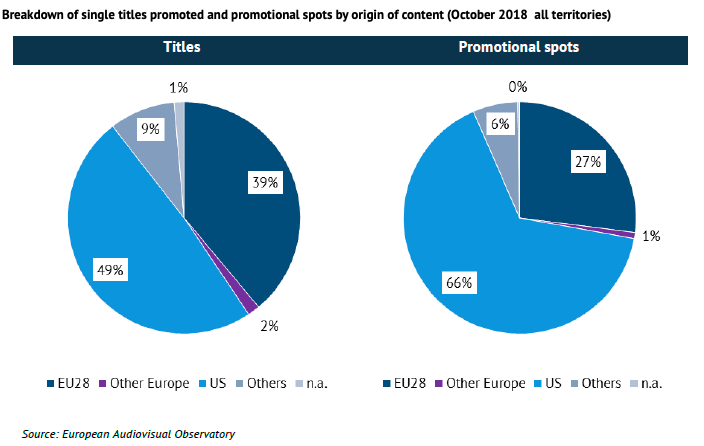 Based on data compiled by AQOA from 42 TVOD services across five countries in October last year, the report found that 95% of promotion of TVOD catalogues is devoted to films, with 91% being devoted to recent titles.

The top 10 European movies in individual national markets took a greater share of promotional spots relative to the total than the top 10 US movies, with UK and French movies being the most promoted. Two of the UK films in the top 10 were backed by US studios.

The report also found that the most promoted European films are mostly promoted in their country of origin, unlike US films, which benefit from a large presence and intense promotion in many countries and services.

National European players devote 34% of their promotion to European content, compared with 23% by international players.