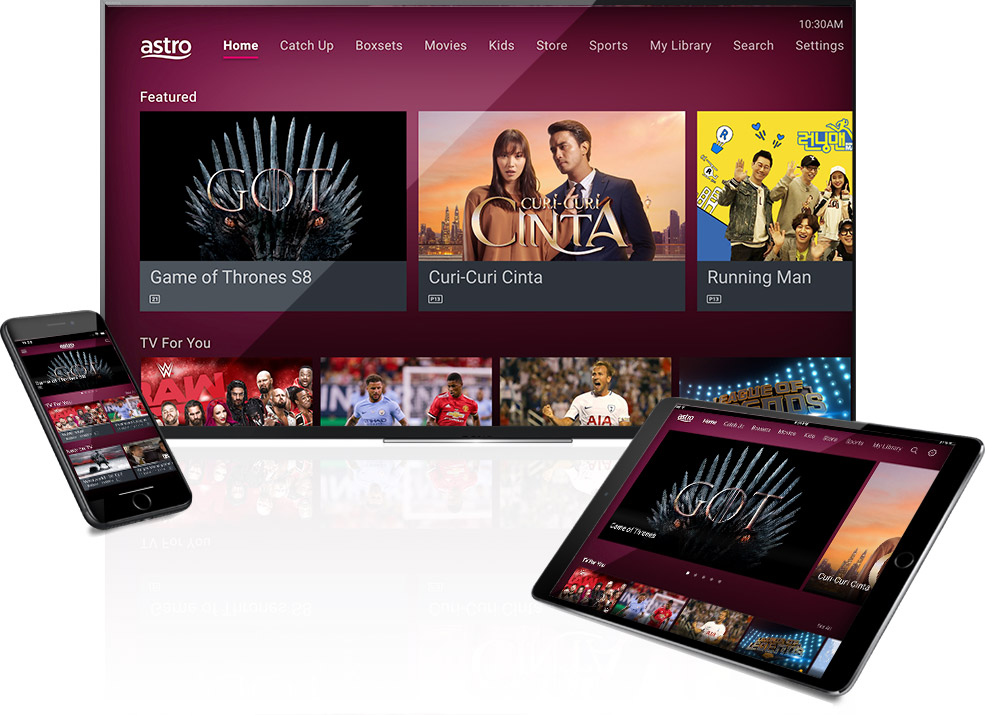 While it was recently found to be the top SVOD in the country by FT Confidential Research, beating out Netflix, the platform’s interface had widely been criticised as out-of-date.

It would seem as though those criticisms have been heard by the company, with a new interface heading up the list of features in the update.

The update, rolling out on July 8, touts easier navigation, a more intuitive search engine that lets users search for their favourite shows by cast and director, and a better discovery function.

Astro GO gives users access to over 50,000 titles on demand, including HBO shows Big Little Lies and Game of Thrones, along with shows and movies from Asia. The service also offers premium sports and kids programming.

In May, Astro announced plans to launch a 4K UHD box with cloud-based recording, with a beta currently underway.