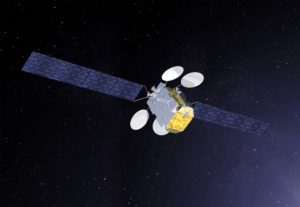 With 75Gbps of capacity, Konnect is described by Eutelsat as a new generation multi-beam satellite scheduled for launch at the end of this year. Once in service in 2020, the all-electric satellite will serve the broadband Internet market on a large scale throughout western Europe and Africa.

Yohann Leroy, Deputy CEO and CTO of Eutelsat, said: “Ground infrastructure was the last missing link in our Konnect satellite programme and this has been bridged thanks to orders placed with Hughes Network Systems and General Dynamics Satcom Technologies, two trusted partners and references in their respective fields. The satellite, which has just completed its construction and is currently starting its test phase, will thus benefit from high-performance ground and in-orbit infrastructure on a cost-efficient basis to deliver competitive services to our customers.”