5G ‘not a viable replacement’ for broadcasting, says EBU

5G networks are unlikely to provide meaningful coverage before 2030, meaning that 5G will not emerge as a viable replacement for terrestrial broadcasting, according to a study by public broadcaster organisation the EBU. 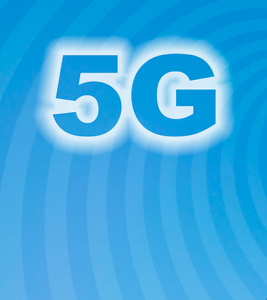 According to a report for the EBU by Marcello Lombardo, the history of 4G deployments, which started almost 10 years ago, illustrate the scale and cost of building a new network infrastructure. 4G does not today provide anything close to the 100% coverage required for broadcast applications.

For media distribution at scale, the EBU believes that 5G networks are not going to be a viable replacement for existing broadcasting infrastructures. The organisation cites the cost, likely deployment timelines, coverage issues, capacity limits, and current business models as all failing to make for a strong case in support of such a scenario.

The study found that the coverage of 20% of the population living in rural areas costs about half the entire running cost of the network for the whole country.

“This huge disproportion might leave doubts about the feasibility of future deployment of sufficient network densification for those areas,” it said.

The pubcaster organisation does accept that practical use-cases for 5G technologies in media will emerge on the production side rather than in distribution, such as in the form of temporary production infrastructures for large-scale sporting events.

The EBU is investigating scenarios that would add broadcast capabilities to 5G, and others that would provide a better fit for the lower population density and larger geographic footprint of rural areas, such as satellite-based 5G, or high-powered 5G base stations installed in existing broadcast towers.

The organisation believes that integrating broadcast capabilities and orchestrating diverse kinds of infrastructures for a seamless user experience is technically possible. However, it warns there is no guarantee that such technologies will feature as part of the technical standard for 5G, nor that business models can be found that support such setups and meet the requirements of all stakeholders.