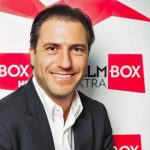 After first being mooted in 2018, thematic channel provider SPI International has this week launched a global drama network offering Turkish scripted series. Called Timeless Drama Channel (TDC), the service will initially be available in one million homes via operators including RTL Albania, A1 Croatia and A1 Macedonia.

Berk Uziyel (pictured), CEO of SPI International, described Timeless as a “game changer. We are certain it will reach millions of drama genre lovers all over the world and contribute immensely to the growth of the Turkish TV drama series industry.”

While the initial carriage deals are mainly in Eastern Europe, SPI is also in discussion with operators in the Middle East and North Africa and Asia Pacific – which are also strong markets for Turkish drama. Currently, the service is available in 10 languages.

While it is early days for the service, Korean drama platform Drama Fever proved that there is room for the right creative and commercial model to work. The domestic Turkish market is prolific in terms of its output, delivering shows in high volume, and is also know to audiences around the world via strong distribution penetration.