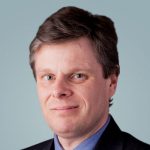 Research firm IHS Markit revealed strong positive indicators for the growth of 4K/UHD screens at MIPTV yesterday, suggesting take up in Europe, North America, LatAm and MENA is gaining momentum. According to IHS, 2018 saw shipments of 4K/UHD outstrip lower resolutions for the first time as prices tumbled to affordable levels.

Next year’s Tokyo Summer Olympic Games will see a surge in buying, with 130m 4K/UHD sets bought globally, added IHS. By 2023, that figure will rise to 150m. China will be the biggest buyer, followed by North America then Western Europe.  In terms of penetration, IHS predicts, by 2022, 60% of North American homes will own at least one UHD display while in Western Europe, the figure will be around 40%.

In another session, Eutelsat confirmed the trend saying there are now 155 4K/UHD channels or feeds on air, up 24% year on year. Michael Chabrol, Eutelsat’s SVP/New TV Formats, said 60 UHD channels are being carried by various satellites, another 93 services are available by IPTV operators and there are two DTT channels.