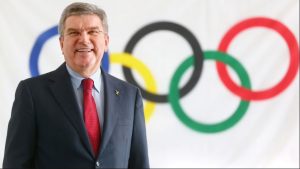 PayTV network Sony Pictures Networks (SPN) has secured the rights to the 2020 Tokyo Summer Olympic Games for India at a reported cost of $12 million. In a deal with the International Olympic Committee, SPN takes over from arch-rival Star India, which broadcast the previous edition of the event from Rio De Janeiro in Brazil.

Coverage will air on Sony’s digital platform, SonyLIV. In addition, the IOC and SPN have said they will “collaborate on creating a permanent Olympic Channel home within SonyLIV. Programming will feature year-round coverage of Olympic athletes and sports, highlighting locally relevant content produced by SPN and Olympic Channel.”

IOC President Thomas Bach commented, “As a dynamic sports and media market, India is an important strategic region for Olympic broadcasting. The IOC is pleased to be working with SPN India to bring the best coverage of Tokyo 2020 and the Youth Olympic Games to fans across the region, on their platform of choice.”

While the deal is a significant development for the India sports market, the low price reflects the fact that the Olympics is yet to gain much traction in India – with advertisers lukewarm about the event. Star is reported to have been offered the rights initially, but baulked at the $20 million price tag that the IOC initially attached to the rights.