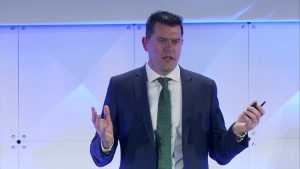 The number of fibre to the home (FTTH) and fibre to the building (FTTB) subscribers in Europe has increased by an impressive 15.7% since September 2017, according to a new report from IDATE released during the 2019 FTTH Conference on behalf of the FTTH Council Europe. According to IDATE, there were more than 59.6 million FTTH/B subscribers in September 2018. By country, Russia is the leader, though it showed a lower growth rate compared to other European countries, which are catching up quickly with a 21% growth.

The country adding the most subscribers was Spain, which increased its FTTH/B subscriber base by 1.86m. France came second (+1.48m) while other countries experiencing notable were Czechia and Italy. Italy saw outstanding growth in the number of homes passed, from 4.4m in September 2017 to 6.3m in September 2018 (+43.12%).

Encouragingly, the IDATE report found that governments and local authorities are getting more involved in fibre projects, either directly, by signing agreements with telecom players, or via public funds. It also noted that “incumbents in some countries have started to modify their strategy in order to deploy FTTH solutions, instead of continuing the development of legacy copper-based or cable-based networks.”

Commenting on the report, Ronan Kelly, President of the FTTH Council said: “these new figures show a momentum that is accelerating over the last few years. Full fibre is the way forward and the results of (this report) provide compelling evidence of this. Fibre expansion is booming in many countries and today more consumers are aware of the benefits of fibre. Our job is not done, however, there is still a long way to go until every citizen and business has access to full fibre.”