Telecom Italia’s (TIM) board has approved a new strategic plan that includes the opening of discussions with wholesale fibre network provider Open Fiber, with “all possible options” including a sale of the TIM network, on the table. 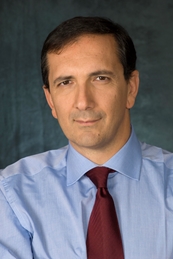 CEO Luigi Gubitosi presented the three-year plan, which was accepted by the board with two abstentions. TIM said that the strategy “marks a discontinuity with the past” and focuses on taking action “to unlock value”.

The break with the past mentioned by the operator is a reference to the previous strategic plan supported by leading shareholder Vivendi, which was opposed by activist investor Elliott Advisors.

Elliott-nominated board members engineered the ousting of Vivendi-supported CEO Amos Genish in November, having previously secured control of the board in May.

Genish had resisted pressure from Elliott to make changes including the sale of key assets and the spinning off of the company’s network infrastructure, focusing instead on executing the industrial plan established by the company at the start of the year with an emphasis on organic growth.

Other elements of the Gubitosi plan include an emphasis on quality and rational pricing in the consumer business to arrest fixed-line losses and a revamp of TIM’s content offering “as a media aggregation platform” with a “differentiating value proposition”. Although short on specifics, this envisages the establishment of new partnerships to enrich TIM’s content catalogue.

TIMs previous strategic plan had envisaged a tripling of entertainment platform TIMVision’s base by 2020. Prior to the ending of its control of the board, Vivendi had supported a number of initiatives to bring content to the platform, including an aborted plan for a JV with Canal+ to acquire and commission content to be distributed over the network. This had been seen as a building block of its moves to find a compromise with Mediaset, the Italian broadcaster with which Vivendi had a spectacular falling out in 2016 over an aborted plan to acquire the latter’s pay TV unit.

Another new element of the current strategic plan is a 5G partnership wituh Vodafoine. The pair have signed a MoU to enter into exclusive discussions for a new network sharing partnership.