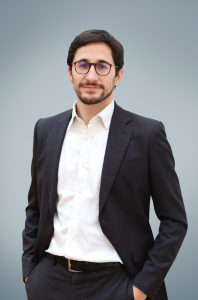 Branco has been Turner’s Northern Europe chief since July 2017, overseeing the reinvigoration of Cartoon Network, the launch of Nordic SVOD service Toonix and a deal with Channel 4 to launch and build Turner’s Adult Swim service in the UK. Previously he oversaw Turner’s businesses in France and Africa.

He will take up his expanded role on April 1, charged with maximising all-platform growth opportunities for the MENAT brand portfolio and expanding Turner’s local content strategy, harnessing teams based in Dubai and Istanbul.

The MENAT portfolio comprises Cartoon Network and Boomerang English, Turkish and Arabic services, TCM and the distribution of CNNI.

Branco will continue to report to Turner EMEA president Giorgio Stock, who said: “Pierre’s ability to bring fresh impetus and new thinking to our business has been proven across hugely diverse markets. Together with our talented regional management team, he will now help further our vision for Turner in MENAT to deliver outstanding branded destinations to our fans across the region.”