Hulu is dropping the price of its most popular streaming plan by US$2 and hiking up the charge for its Live TV service by $5 after it was revealed to have made a $580m loss for Disney, its 60% owner, earlier this week. 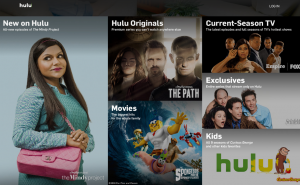 Days after Netflix raised its rates in the US, Hulu has announced that it is dropping the price of its most popular streaming plan to US$5.99 a month from US$7.99 a month.

Hulu’s basic ad-supported plan will now be the cheapest among its peers, while its Live TV offering goes up from US$39.99 to US$49.99 a month. The ad-free version of Hulu is sticking to US$11.99 a month.

The new rates will roll out to existing US customers on their next billing cycles after 26 February.

Hulu tested the offer for its basic plan ahead of the change by offering limited-time promotions at US$5.99 last year.

Netflix reported that it will be bringing the price of its basic plan up to US$8.99 last week.

The move is in part to keep ahead of increasing competition and new services cropping up from Disney, WarnerMedia and NBCUniversal.

It also attempts to rejig the business after it was revealed that the company is making losses. This week, Disney, which owns 60% of the business, reported that Hulu has made a US$580m loss for the company.

Earlier this month, Hulu reported a 48% increase in subscribers to 25m. It also generated the most advertising revenue in its history last year, increasing ad revenue by more than 45% to nearly US$1.5bn and its advertiser base by 50%.