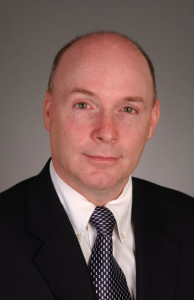 Prior to joining Zixi Wastcoat served as vice-president of business development for Aspera, and in his eight years with the company grew the alliance community from 10 to 200-integrated partners, including partnerships with Akamai, Amazon, EVS, Microsoft, and Telstra. In addition to business development, he was part of the leadership team that merged Aspera with IBM after being acquired in 2014. Before joining Aspera, he held positions with Dexrex and Cantata Technology.

“John has joined us with a great deal of success driving technology partnership revenue in Media and Entertainment and tangential Zixi verticals. We are thrilled to have his experience as we expand our product offerings and grow our worldwide customer and partner base,” said Gordon Brooks, executive chairman, Zixi.

“Zixi is seeing the swift customer adoption with the success of its software solutions for broadcast quality video over IP. The company is uniquely positioned to help solve the problems associated with the transport of live streams at scale, and I am very excited to help further the company’s success,” said Wastcoat.