MTG’s online and mobile games developer, InnoGames, and its Generation Z-focused content production unit, Zoomin.TV, are due to collaborate on a new video series. 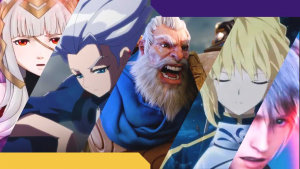 The series will showcase InnoGames’ portfolio with a focus on the company’s flagship game Forge of Empires and its recently launched title Warlords of Aternum. MTG said that the project sets the scene for upcoming joint projects under the MTG umbrella.

An initial eight videos will be released in December and January on the ZoominGames channels on Facebook and on YouTube, with two episodes to be released per week. These will have an average length of three to four minutes each and will be distributed in English, German and Spanish.

Zoomin.TV CEO, Roger Lodewick, said: “We’re connecting our Gen Z content production skills and our massive online reach with gaming companies targeting a young demographic. We’re thrilled that we can partner up with InnoGames as they are one of the leaders in this field.”

MTG upped its stake in Zoomin.TV from 51% to 100% in May after agreeing to buy out the digital video network’s founders Jan Riemens and Bram Bloemberg.

MTG acquired the remaining 49% from Adversa Media Groep, which is controlled by Riemens and Bloemberg, paying a cash consideration of €6.2 million and settling Adversa’s €11.3 million of shareholder loans to Zoomin.TV. However, in October MTG announced it would write-down the value of Zoomin.TV by SEK169 million (€16.4 million) in its Q3 results.

MTG took a majority stake in InnoGames in May 2017, investing €82.6 million to increase its shareholding in the Germany-based games company from 21% to 51%.