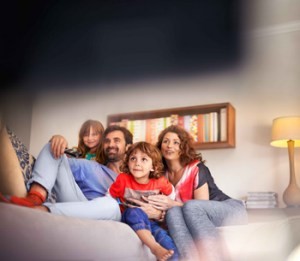 The research claims that linear TV attracted more than US$140 billion in ad investment in 2018 across 12 key markets – more than double that of mobile internet ad spend, which came in second place at US$58 billion.

“Linear TV’s core strength is reach, and whilst daily viewing time has fallen worldwide in recent years – coinciding with the steady rise in internet penetration – advertiser demand has not diminished,” according to the report. However, it did add that “linear TV’s dominating position has been eroding since 2009, mostly at the expense of mobile.”

Daily time spent viewing linear TV fell to one hour 54 minutes during the first half of 2018, down four minutes from 2017 and 21 minutes from 2012, according to WARC. This coincides with a steady rise in internet penetration.

Despite this, the cost-per-thousand (CPM) price of TV ad spots increased in WARC’s key markets this year – ranging from a 14% rise in India, to a 4% rise in the US and a 1% increase in Japan.

WARC’s Media Allocation Report, which draws from campaign data from over 15,000 case studies, shows that successful, high-budget campaigns invest more in TV and allocate less to digital. Globally, alcoholic drink brands and financial services companies were found to be the biggest spenders on TV advertising.

“Addressable TV will be the next stage of evolution, though the US$1 billion spent worldwide this year is a fraction of total TV investment. As live TV still accounts for the majority of daily video consumption, the lure for advertisers is leveraging consumer data to get the right message in front of the right people at the right time.”