US-based FuboTV has launched a subscription video-on-demand offering in Spain, marking its first rollout outside of North America. 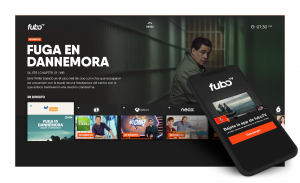 The Spanish offering is priced at €3.99 per month and gives access to 13 Spanish-language channels, including Movistar Series, which broadcasts programming from US TV giants like CBS, NBC, The CW, HBO, Hulu, Netflix, Showtime and Starz.

David Gandler, co-founder and CEO of FuboTV, said: “2018 was a milestone year in FuboTV’s young life, with record revenues and subscriber growth. With our position in the US solid and growing at an aggressive pace, our goal is to become the number one leading vMVPD in the world.

“Spain is one of the fastest-growing OTT markets and a natural fit for Fubo’s European entry. We’re excited to bring our premium viewing experience to Spain with additional markets to come in 2019.”

The news comes after FuboTV appointed former Sky executive Hannah Brown as its first chief strategy officer in November. Based at FuboTV’s New York City headquarters, Brown is tasked with overseeing the company’s strategic development as it seeks to enter new markets internationally.

In the US, FuboTV bills itself as a sports-first live TV streaming service, offering 30,000-plus sports events per year and more than 10,000 TV series and movies on-demand each month. Its base US package, Fubo, is available for US$44.99 per month and features more than 75 channels, while its Fubo Extra package offers 90-plus channels for US$49.99 per month.