Iflix has partnered with Globe Telecom in the Philippines in a distribution, licensing and co-production pact that will see Globe distribute Iflix to its 65 million mobile subscribers. 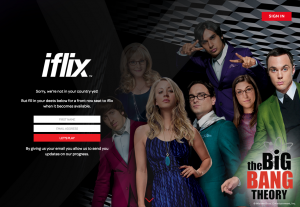 Iflix and Globe’s content arm, Globe Studios, will co-develop new original content, which is set to premiere on Iflix in 2019. Special preview access will be given to Globe customers.

Iflix will also become the streaming platform for many of Globe Studios’ shows, including Elements: The Series, which is set to premier on Iflix this year.

Globe will enable its customers to active IflixVIP plans via customer billing and the companies said that other promotional offers will be introduced in 2019.

“The partnership with Globe further represents best practices in how Iflix drives strategic value for our partners across their core telecom business, as well as new verticals such as content, for the benefit of their customers.”

Globe President and CEO, Ernest Cu, added: “Globe further strengthens its commitment to provide platforms for local artists and filmmakers and give viewers access to the very best in local entertainment. Together with our partners such as Iflix, we will change what local primetime means: the Filipino consumer can now watch TV anytime they want, anywhere they are.”

Separately, Iflix announced that is has partnered with PT Telekomunikasi Selular (Telkomsel) to make IflixVIP available to Telkomsel subscribers throughout Indonesia. The companies described the agreement as the first step in a “multi-phase strategic partnership”.