Sky and Virgin to broadcast MTV EMAs in Ultra HD 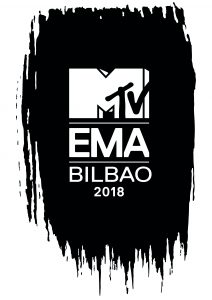 Sky will make the MTV EMAs UHD feed available live to its Sky Q customers via a prompt on the MTV HD channel feed. Sky also has UHD video-on-demand rights to a selection of shorter artist performance clips, which will be available on Sky Q after the live show.

Virgin TV customers will be able to watch the MTV EMAs in UHD on catch up via Virgin Media’s TV Ultra HD channel, which debuted last month.

“We’re always looking for new opportunities to engage and inspire audiences and UHD is the latest offering with which to do that, so it’s important for us to be right at the forefront of this technology,” said Arran Tindall, senior vice-president of commercial and content distribution, Viacom International Media Networks.

“We have longstanding partnerships with Sky and Virgin Media and are excited to have secured the UHD agreements with them, allowing fans watching on their TVs to see their favourite acts at the MTV EMAs 2018, up close and personal, with brilliant clarity.”

The MTV EMAs 2018 will broadcast live from Bilbao, Spain, on November 4. The awards will be available across MTV’s 60 international TV channels and digital platforms and will feature performances from the likes of Little Mix, David Guetta and Jason Derulo.