AT&T plans to launch a new streaming service that builds on HBO and WarnerMedia content for the fourth quarter of 2019. 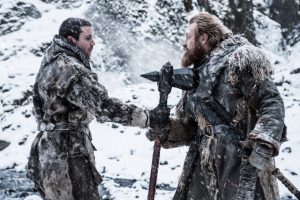 The news was announced via an 8-K filing this week, where AT&T elaborated on its plans.

“We are committed to launching a compelling and competitive product that will serve as a complement to our existing businesses and help us to expand our reach by offering a new choice for entertainment with the WarnerMedia collection of films, television series, libraries, documentaries and animation loved by consumers around the world,” the company said in the statement.

AT&T already owns direct-to-consumer businesses DirecTV Now and HBO Now. With the new streamer, the company is looking to build on the success on HBO Now and make the most of its Warner acquisition made earlier this year.

“Our service will start with HBO and the genre defining programming that viewers crave. On top of that we will package content from Turner and Warner Bros. with their deep brand connections that touch both diverse interests and mass audiences,” said John Stankey, WarnerMedia’s CEO, in an internal memo.

While speaking at the Vanity Fair Summit on the same day, Stankey said that a price point has not been settled, but it will be at a premium of HBO’s stand-alone service. HBO Now charges US$14.99 per month.

This would make the service one of the most highly priced SVOD services in the US, with Netflix currently costing $13.99 per month and Amazon costing US$12.99 per month.

Interestingly HBO Now will continue to run as a stand-alone service. The new service will be “HBO and more”, according to Stankey.

AT&T said it expects financial support for the streamer launch to come from “a combination of incremental efficiencies within the WarnerMedia operations, consolidating resources from sub-scale direct-to-consumer efforts, fallow library content, and technology use.”

It will be an interesting year for SVOD in 2019, as Disney and Apple are also likely to launch their direct-to-consumer entertainment offerings, joining the likes of Netflix and Amazon Prime, and making for an increasingly crowded market.