Analysts at Berenberg have published a detailed report about the video games sector in which they claim to be “deeply excited about the health of the sector”. 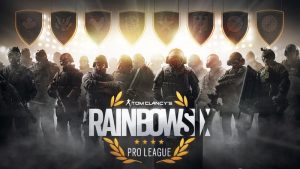 Predicting further growth and margin expansion, the company identifies Ubisoft as its top share pick in the sector but has also placed a buy notice on Electronic Arts (EA).

Among the factors driving the market, it sees esports as a game-changer and expects it to be a US$20 billion market by 2025. In terms of company dynamics, it says: “In our view, EA’s sports franchises do not need esports as much as games in other genres do, as the traditional sports help to market these titles.

“Our analysis suggests Activision Blizzard has many hurdles to overcome if Overwatch is to become a major esport. Ubisoft has taken a much more gradual approach but Rainbow Six has everything needed to become a successful esport.”

According to the Berenberg report, mobile gaming is now the industry’s largest segment “and we expect growth to continue. We do not, however, believe mobile will drastically change the near-term growth profiles of western developers. Expectations for Activision Blizzard’s mobile growth are high but taking PC/console IP to mobile is not easy. The success of Candy Crush Saga could be hard to replicate.”

Berenberg is, however, upbeat about China “which represents a huge growth opportunity. During H1 2018 the Chinese government temporarily suspended the monetisation approval process for video games. It has also stressed that it intends to increase regulation to tackle children’s addiction to video games. Recent newsflow from the Chinese government, however, has put us more at ease.”