A new report from the European Audiovisual Observatory (EAO) into TV news channels has revealed that around 140 ‘news only’ TV channels are available in Europe. 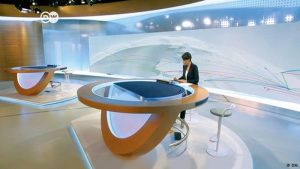 Among the report’s key findings is that 67% of these channels belong to media groups that only have one news channel, suggesting the market is “pluralistic and varied”.

According to report author Laura Ene, analyst at the EAO’s department for market information, 43% of the news TV channels are national, meaning their agenda is focused on one specific European territory and aimed primarily at the respective national audience.

The remaining 57% are international, meaning that either their agenda doesn’t have a national focus or their core audience is not European.

Ene said approximately 80 media groups operate news TV channels in European. Although the landscape is dominated by private broadcasters, almost one in three TV news channels is supported by the public sector, a higher share than for other TV channel genres.