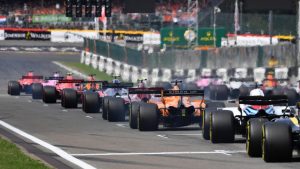 Under the deal, ISG will have the right to sub-license Betting Partnership Rights to select betting brands around the world, subject to regulations, including regionalised branded on-screen graphics, physical and virtual trackside signage, and digital integration across F1’s digital and social platforms.

F1 has also teamed up with Sportradar to use the latter’s fraud detection system to combat betting-related race-fixing and corruption.

Sean Bratches, managing director, commercial operations at Formula 1 said that F1 was “hugely excited to work with ISG and Sportradar on making the most of the data which is generated at every Grand Prix”.

He said that data and sponsorship partnerships “are common practice across almost all premium sports and this is the latest step in our mission to make Formula 1 the world’s leading sports entertainment experience”allowing the organisation to “develop new and exciting ways for Formula 1 fans around the globe to engage with the world’s greatest racing spectacle, while ensuring integrity with best practice oversight from Sportradar.”

Tony Ragan, joint executive chairman, ISG Group said that ISG would work with Sportradar to “create products that will be both exciting and engaging for the global betting public helping them feel even more involved in what is one of the most thrilling sports in the world.”

Liberty Media, which acquired F1 from Bernie Ecclestone two years ago, has long looked to gambling as a way to make additional revenue from the sport, but initially met with resistance from Ecclestone.

Liberty Media’s stock price jumped by around 8% on news of the deal, which the Financial Times reported could be worth around US$100 million to F1 over a five-year period.