H&C launches on Viasat in Sweden 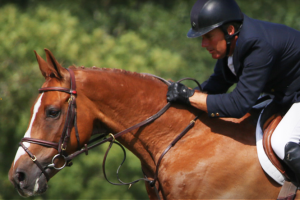 Equestrian sports channel H&C has launched its Swedish channel on Nordic Entertainment Group’s Viasat platform where it will be offered on an a la carte basis, retailed at SEK59 (€5.65).

Viasat’s subscribers in Sweden will be able to watch H&C’s offering of equestrian sport, including a calendar of Swedish and international events, exclusive masterclasses, and documentaries. The service comprises a 24/7 linear feed and a 10-day catch-up, and the channel will be available on linear TV as well as a streamed channel on Viaplay, Nordic Entertainment Group’s subscription video on demand service.

This month H&C will bring Viasat’s equestrian fans coverage of the World Equestrian Games which take place in Tryon, North Carolina from September 11-23.

The Autumn schedule will also bring highlights and coverage of the Sweden International Horse Show in December, with the Gothenburg Horse Show to follow in February 2019 and Falsterbo Horse Show scheduled for July 2019. Programming produced in Sweden also includes Outside the Box med Elenore Simberg and H&C Bakom Kulisserna.

H&C’s current international presence on cable networks and pay TV networks includes Prime Video from Amazon in the UK and Germany, Ziggo in The Netherlands and Roku in the US and the UK, and Fetch TV in Australia, reaching an estimated 48.5 million households.