NPD: 210m smart TV devices installed in the US

In the US there were 210 million devices that delivered internet connectivity to consumers’ TV sets at the end of 2017, according to new stats released by NPD Group. 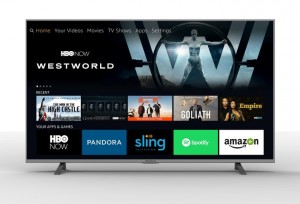 The research firm said it expects the number of TV-connected devices – including smart TVs, video game consoles, Blu-ray players and streaming media players – to reach 275 million by the end of 2021.

While games consoles have historically been the most prevalent connected TV device in US homes, NPD expects the number of installed streaming media players and smart TVs to surpass consoles by the end of this year.

Smart TVs and streaming media players will make up 49% and 29% of the total growth in the connected TV device market respectively through 2021, according to the research.

However, NPD expects that the number of new households purchasing devices will begin to slow late in the forecast period, as the market reaches saturation.

“From a content distributor perspective, this means investing in resources to ensure today’s apps are updated for later model year devices and TVs.”