Advertising technology outfit SpotX has named Edward Wale as its new managing director for Spain and the UK, following the promotion of Léon Siotis to be general manager of supply in Europe with the creation of a new European management team. 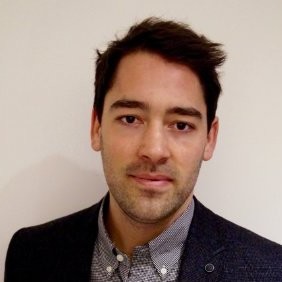 Wale previously worked at Brightroll and Videology, managing a portfolio of advertiser and agency business in the UK and Spain. He joined SpotX in 2016 as director of platform Services responsible for helping supply-side customers in the UK and across Southern Europe maximise their revenue from video advertising.

In his new role, Wale will manage the teams responsible for working with SpotX’s demand partners and supply-side customers in the UK, Spain and emerging markets including Central and Eastern Europe. This includes Sam Wilson, recently promoted to senior director of publisher, business development, technical operations and Ian Harman, head of demand for SpotX in the UK and Southern Europe.

Sotis said: “Over the past two years Ed Wale has directed the team in taking a proactive approach to supporting broadcasters, publishers and other media owners in driving more revenue from their video advertising in the UK, Spain and throughout Southern and Eastern Europe. His understanding of the supply and demand-side of our business, industry knowledge, reputation in market, and ability to hire and develop a team have driven success for our clients and for SpotX. This promotion is recognition of his leadership skills, business acumen and the results he has delivered.”

Wale said: “It has been a privilege to build and develop an International supply-side team and work with premium media owners to grow their programmatic video advertising revenues. The share of digital advertising being traded programmatically continues to grow across Europe and we have some exciting products set to launch in the coming months. As managing director for the region I will ensure programmatic video advertising initiatives deliver success for all our customers in the region, from media owners to agencies and brands.”