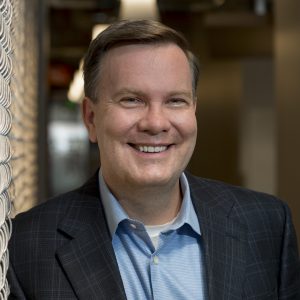 “Peter is a world-class executive, with an extensive track record of building some of the world’s most successful direct-to-consumer products and businesses,” said Zaslav.

“We are excited to welcome Peter and his vision and skill set to the Discovery leadership team as we accelerate our pivot to become a next-generation media company engaging passionate communities of fans around the world on every screen with trusted, high quality brands and content.”

Faircy is due to take up his new post on September 17, following a 12-year stint at Amazon, latterly as vice president for Amazon Marketplace. Before this he led Amazon’s music and movies categories and earlier in his career held leadership roles at Borders Group, Ford, and McKinsey.

“As the media and tech industries increasingly converge, Discovery has positioned itself as a clear leader. Our mission is to delight customers by leveraging technology to provide access to the content they love, anywhere and anytime,” said Faricy.

“I’m incredibly excited to join Discovery at this important juncture and to help accelerate the company’s ongoing evolution as a technology-powered media company reaching viewers around the world.”

The news comes after Discovery and German broadcaster ProSiebenSat.1 announced plans in June for a new integrated streaming platform for Germany that will launch in the first half of next year. This will incorporate ProSiebenSat.1’s 7TV and Maxdome services, Eurosport Player and a range of other content.

Earlier the same month Discovery said it expects to invest more than US$2 billion over the course of its 12-year deal with the PGA golf tour. Discovery will create a new multi-platform home for golf that includes global TV and multi-platform rights outside the US to all PGA Tour properties.