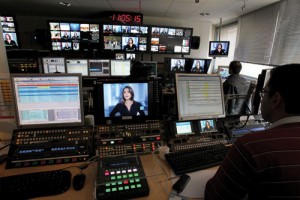 French international news channel France 24 has extended its reach in Nigeria to five million households as a result of a new carriage deal.

The 24-hour news channel has signed a new agreement with TVC Communications for the broadcasting of its English-language channel on the DTH bouquet PlayTV.

France 24 said that the latest agreement strengthened the presence of the channel in Nigeria where it now reaches five million households.

The channel in English is also accessible in Nigeria through pay TV operator Starsat, Kwesé and TSTV, and is also available free-to-air on the Astra 2F satellite at 28°, and on satellite platforms Nigercomsat, SES 5 and Eutelsat 16A.

In addition, France 24 has signed an IPTV distribution agreement with Pupil Communications Limited in the country.

In Africa, France 24 has a measured audience of 29.2 million weekly viewers and is available on digital-terrestrial multiplexes in 24 countries and free-to-air among 10 including Kenya, Zambia, Botswana, Mauritius and Lesotho.