WBU warns of threats to C-band 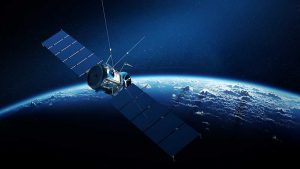 The World Broadcast Union (WBU) has warned that continued access to the C-band by broadcasters is under increasing threat from terrestrial and mobile services licensed to operate on adjacent frequencies. Broadcasters are reporting interference of such services with the fragile signals received from geostationary satellites, according to the organisation.

The WBU, whose membership includes European public broadcasters organisation the EBU, has called on egulators and satellite operators around the world to work together to protect the upper part of the C-Band, a frequency range used predominantly for satellite downlinks.

C-band fixed satellite services are important for the broadcast industry, but as most countries don’t require the receive-only sites for these services to be registered, the operators often have little recourse when problems occur, according to the WBU.

“C-Band FSS downlink frequencies between 3,400-4,200MHz, have been and are extensively used throughout the world by WBU members for Fixed Satellite Services (FSS) applications and will continue to be used for the foreseeable future, in particular above 3,600MHz. Since FSS downlink sites receive extremely weak signals from satellites in geosynchronous orbit, they are particularly fragile and susceptible to interference. WBU members have experienced serious interference to services where this spectrum has been opened up to other users and, because few countries require these receive-only downlink sites to be licensed or registered, little recourse is available. The WBU encourages our members to register their downlink sites,” the organisation said in a position paper published at the end of last month.

The WBU has also warned that the allocation of C-band spectrum to mobile services could have a serious adverse impact on broadcast services.

“The potential allocation of C-Band FSS spectrum to Mobile Services will create chaos to the economics of broadcasting by satellite, potentially interrupting services to audiences around the world. Furthermore, C-Band is critical for satellite services in tropical regions as it suffers less from the attenuation effects of heavy rainfall than higher frequency bands,” it said.

The WBU called on satellite service providers and regulators “to protect the availability of the upper part of the C-Band spectrum, where the band has been allocated to satellite services and is currently used to provide many broadcasting services, enabling broadcasters around the world to continue to provide vital broadcasting services to billions of people across the world.”