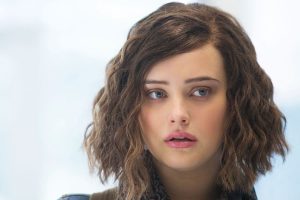 Teen suicide drama 13 Reasons Why took the top slot in Parrot Analytics list of the top 10 most in-demand digital originals in the United Arab Emirates for the week ending June 17.

The Netflix drama garnered an average 354,285 demand expressions for the week of June 11-17 in the UAE, putting it well ahead of other shows in a Netflix-dominated list. 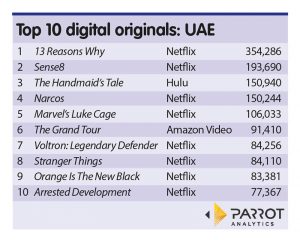 Sense8 came second in the UAE list with 193,690 demand expressions, with Hulu drama The Handmaid’s Tale coming third with 150,940.

Netflix titles Narcos and Marvel’s Luke Cage made up the remainder of the top five.

Amazon’s The Grand Tour – the only other non-Netflix title in the list – took number six slot with 91,410 demand expressions.

The remainder of the top 10 comprised Voltron: Legendary Defender, Stranger Things, Orange is the New Black and Arrested Development.