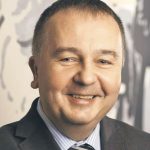 “For us this is an important step in the implementation of the KP Group’s strategy, which is to become one of the five biggest media groups in Poland,” said Boguslaw Kisielewski (left), Kino Polska TV chairman of the board. “Taking over Stopklatka will result in a significant increase in the group’s consolidated revenues and will present benefits such as cost synergy, and in future negotiations with content suppliers.”

KPTV has been a Stopklatka shareholder since the channel was launched in March 2014. After only six months of broadcasting, it had secured 1% audience share in the commercial segment, which KPTV says is the first time a channel has achieved such rapid growth in such a short period of time. In Q1 2018 ad revenues were 2.7% higher than in the same period of 2017.

“Stopklatka TV ideally fits our portfolio which features mostly movie channels. Thanks to Kino Polska’s television experience and its resources, the network leads the movie channel rankings,” added Kisielewski. “Our primary objective is to grow viewership and ad sales from the DTT segment.”

Stopklatka TV has nationwide reach and is available in DTT (MUX-1), as well as in most TV offers from major cable networks and DTH platforms. Stopklatka TV reports 11.4 million active subscribers. As part of its expansion programme, KPTV also became sole owner of the Zoom TV terrestrial TV network in January 2018.