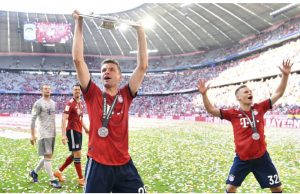 Nordic Entertainment Group (NENT Group) has acquired the exclusive Nordic media rights to six leading international football championships, representing a total of more than 1500 live games a season. The rights in question, which cover TV and streaming services, include Germany’s Bundesliga, France’s Ligue 1, The Netherlands’ Eredivisie, Belgium’s First Division A and the Scottish Premiership until 2021, as well as the 2019 Copa América. 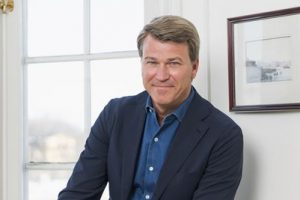 Anders Jensen (pictured), NENT Group president and CEO said: “This is a fantastic and unrivalled offering of international football for our viewers. NENT Group is already the home of the most live football in the region and our coverage will now get even bigger and better.”

Kim Mikkelsen, NENT Group SVP and head of sport added: “Following the best players and top teams around the world has always been a priority for Nordic football fans. Now NENT Group will add weekly coverage from five leading leagues featuring some of Europe’s biggest clubs, and more than 30 players from Denmark, Finland, Norway and Sweden, to our unmatched football offering.”

The soccer deals complete a successful week for NENT on the sports rights front, following a previous announcement that it had renewed live Formula One rights. The company estimates that it shows 50,000 hours live sport every year across its services. Other key sports properties include NHL and KHL ice hockey, UEFA Champions League, Premier League, Formula 1, NFL American football and UFC.