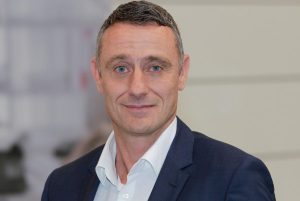 Deutsche Telekom is considering launching an OTT TV offering that will include drama series as the telco ramps up its original content investment, according to Wolfgang Elsasser, Telekom Deutschland’s head of TV business.

Speaking at ANGA COM, Elsasser said that Telekom is thinking about OTT TV and pointed out that non-Telekom subscribers can already sign up for its sports offering.

“We are thinking about it. We would like to see a broader base for our offerings,” he said.

Following the launch of its series offering last year, which included it securing exclusive rights in Germany to The Handmaid’s Tale, Telekom teamed up with Amazon as a co-production partner for its first original production, comedy drama Germanized.

Elsasser told ANGA COM attendees that the telco was committed to making two to four exclusive content productions a year. He said audiences were looking for premium productions of German stories, narrated “through the German lens”. He said that Telekom wanted to deliver a mix of linear and non-linear services including exclusive drama.

He said that Telekom is looking for co-production partners for series, and added that the Entertain’s appeal rested on service, partnerships and exclusive content.

Elsasser said that Telekom did not publish viewing figures but said that the majority of customers watch linear TV only. However, he said that those that switch to non-linear tend to stay in that world and reduce the time allocated to linear content. He said Telekom “followed its users” by catering to this group.