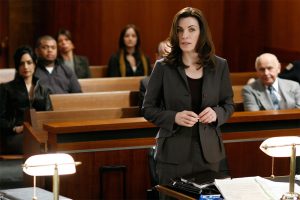 From this month, U-Next subscribers will have access to over 1300 episodes of current and past programming from CBS Television Studios, including the NCIS franchise, Hawaii Five-0, The Good Wife (pictured) and Reign – which will launch in Japan for the first time.

The companies have referred to the agreement as “the first of its kind” for their business.

Barry Chamberlain, president of sales at CSI, said: “CBS’s broad, mass appeal programming is perfectly suited to a market like Japan, where there is a huge appetite for consuming content across many different devices and platforms.

“This is our first deal with U-NEXT and we look forward to building on the relationship in the future.”

Tenshin Tsutsumi, CEO of U-Next, said: “As one of the largest domestic digital entertainment companies in Japan, U-Next has an impressive reach and ability to make a mark on the Japanese entertainment industry.

“We are constantly striving to push the boundaries of the Japanese market, something that we feel CBS programming provides, especially premium content such as NCIS, Hawaii Five-0, and the first time launch of Reign in Japan.

“Our goal is to continue to expand our relationship with CBS in the future, bringing cutting edge programming to our customers.”