Online video services are now the go-to platforms for content in an age of portable devices and out-of-home viewing, according to an IHS Markit survey of internet users in the US, UK, Brazil, Japan and Germany. 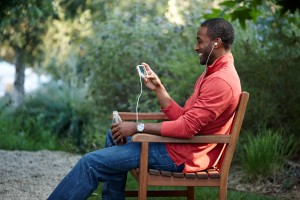 YouTube, Netflix and Amazon were the most popular video platforms in the five countries surveyed, beating pay TV and broadcaster video-on-demand services in most markets in the first quarter of 2018.

IHS Markit said that the popularity of these platforms varied according to geography. In Japan, 84% of people picked YouTube as their first choice when looking for something to watch.

Sky TV in the UK was the only pay TV operator to maintain the top position in any country surveyed, with 30% of UK respondents claiming it as their first choice.

“Bringing online video services to set-top boxes allows pay TV operators to maintain and control their customer relationships and experiences, while presenting their platforms as the best way to find and view the widest variety of content.”

According to IHS’s Connected Devices and Media Consumption Intelligence Service research, Netflix had the strongest crossover with pay TV across markets surveyed in Q1 2018.

In Brazil Netflix overlap with pay TV was the highest, with 75% of Claro TV and Sky Brazil customers taking Netflix alongside their pay TV subscription. Amazon overlap remained low in this market with local players Claro Video and Globo Play seeing higher uptake.

“Pay TV operators are responding to the growth in online video by expanding distribution of their multiscreen services across devices and bringing third-party apps onto their own set-top boxes,” said Begum.

“In the UK, Virgin Media customers are twice as likely to have a Netflix subscription than Sky TV customers, highlighting the benefits of content discovery integration.”

Overall, more than half of internet users surveyed in the five markets said that they watch video content when out of the house at least one a month. Of those viewers, one out of six did so on a daily basis.

Among 17-24 year-olds, 80% viewed content outside their homes at least once a month and nearly 25% of those did so on a daily basis.

Brazil had the highest incidence of out-of-home video viewing among the countries surveyed, with two-thirds of respondents viewing content in this way at least once a week.