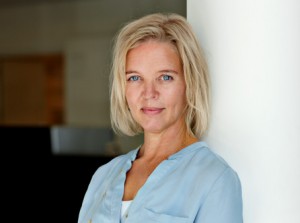 Danish cable and telecom operator TDC’s CEO Pernille Erenbjerg is to leave the company after a transitional period, with Mike Parton appointed as temporary chairman of the company.

Parton is currently chairman of Tele2, where he led the successful merger of the Swedish mobile group with cable operator Com Hem. He said following the conclusion of that deal that he planned to retire from Tele2’s board on May 21. Parton is also chairman of UK transmission outfit Arqiva, which is 25% owned by TDC’s new owner Macquarie Group.

Erenbjerg, who has helmed the Danish telco since 2015, will continue as CEO until the end of this year and will help implement TDC’s new strategy and business structure.

TDC said it planned to appoint a permanent chairman “with a strong Danish profile”, with Parton taking the role of vice-president in charge of the group’s strategic transformation.

Erenbjerg said that it was “the right time” to step down and start the process of handing the baton to another chief executive. As CEO, she had been a driving force behind the company’s plan to acquire the broadcasting and streaming arm of Sweden’s Modern Times Group, a plan that was nixed when TDC accepted Macquarie’s offer to buy the company.

Macquarie’s strategy will involve splitting TDC into separate units, and TDC will also be delisted from the stock market.