Vincent Bolloré hands Vivendi reins over to his son 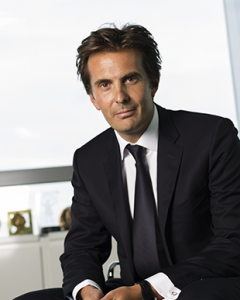 Vincent Bolloré is stepping down as Vivendi chairman and handing over the reins to his son Yannick.

Vincent Bolloré, who is 67, had earlier stepped down as Canal+ Group chairman in favour of Jean-Christophe Thiery, triggering a senior management mini-shuffle that saw CEO Maxime Saada take over Thiery’s former role as president of the company’s directorate.

Bolloré will remain on the board of Vivendi. His departure from the top job comes at a time when Vivendi is facing a number of challenges, notably in Italy, where it is engaged in a legal battle with Mediaset over the aborted 2016 partnership that would have seen Vivendi take over the Italian broadcaster’s pay TV arm, and a corporate battle with American hedge fund Elliott over control of Telecom Italia.

Yannick Bolloré is chairman and CEO of advertising giant Havas Group, having previously founded the media division of the Bolloré family investment vehicle Bolloré Group in 2006. Vivendi acquired Bolloré Group’s majority stake in Havas last July, bringing about the union of the two companies and fulfilling a long-held ambition of Vincent Bolloré.

Vivendi has also named Michèle Reiser as a member of its supervisory board alongside renewals for existing members Philippe Bénacin, Aliza Jabès, Cathia Lawson-Hall and Katie Stanton for a further four years. Bénacin was confirmed as vice-chairman.

Vincent Bolloré remains chairman and CEO of Bolloré Group, which has interests in media and telecoms, including Vivendi, and major interests in electricity storage and solutions and transportation and logistics.